Accident in clinical trials and compensation for victims 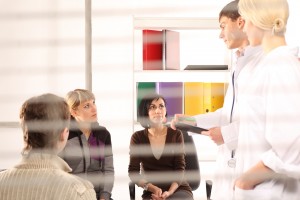 On January 15th 2016, we learned through the press that a dramatic event had just occurred during the phase 1 clinical trial performed in France. This is the first accident of this severity since the trial of a German biotechnology company in March 2006 during also a phase 1 trial in England. At the time of writing the responsibilities of different participants (promoter, CRO, CMO…) are not known and investigations are ongoing; but, regardless of the responsible, the victims and their dependents will ask to be compensated and insurance mechanisms come into play. After reviewing the facts we will discuss about the insurance arrangements required by French regulations in terms of clinical trials victims compensation.

I would like to thank Frédéric Nouaille, our broker, insurance expert, who was kind enough to write this article for our website to allow you to better grasp this theme.

The tragedy of January 15th 2016, recall the facts

This Friday, January 15th, the entire world press echoed an accident when performing a Phase 1 trial in France.

Who are the actors?

– The trial promoter with headquarters based in Coronado, Portugal.

– The CRO (also phase center 1) based in Rennes, France.

– Participants in the trial were “healthy volunteers”: 116 in total, some of which were administered a placebo.

What is the protocol?

This is phase 1 protocol on healthy volunteers, in double-blind, randomized, versus placebo. The aim of this study is to investigate the safety of use, tolerability and pharmacokinetic and pharmacodynamic profiles of the molecule in single ascending dose, multiple ascending doses and interactions with food.

For more information, the protocol can be downloaded from the website of the French health authority (ANSM) http://ansm.sante.fr/S-informer/Actualite/Essai-clinique-BIA-102474-101-du-laboratoire-BIAL-Publication-du-protocole-clinique-Point-d-Information

What is the tested molecule?

It is an inhibitor of FAAH (Fatty Acid Amide Hydrolase). This new chemical class has seen many pharmaceutical companies file patents in recent years; some have already passed safety tests successfully.

While 84 volunteers had received the drug at different doses according to the protocol procedure, a group of 8 new volunteers was included to test a new dose (50 mg); a placebo was administered to two of them. Among the six who received the molecule under study, one saw his first symptoms appear on January 10 and ended up in brain-dead on 11. The others were also hospitalized the following day, victims of serious adverse effects (some potentially irreversible).

The volunteer who was brain-dead unfortunately died and several investigations are underway to determine the potential liabilities and the mistakes to avoid in the future.

Compensation for victims in clinical trials in France

Since a 1988 law, promoters conducting clinical trials in France are obliged to take out insurance ad hoc liability which complies with all provisions of the Code of Public Health, this regardless of the type of test (drug Phase 1, Phase 2, …, medical device, nutraceuticals …). These various provisions of the Code of Public Health make that insurance contracts, covering a trial in France, are almost word for word the same and; above all, allow an easy and quality compensation to victims or their dependents. Here are some of these provisions:

Thanks to these provisions, France is one of the most protective countries of victims clinical trials accident.

Frédéric Nouaille is an insurance broker specializing in healthcare companies: from the biotechnology company to health facilities. Through his two companies (i4CT and A & RS), he manages all the insurance needs of organizations both French and foreign.

Update July 6, 2020: “To date, the Rennes accident of January 15, 2016 still does not appear to have been tried. ”
To be modified in the guarantees section:
“Minimum guarantee amounts are compulsory (article R1121-6 of the CSP)”
“The exclusions in the insurance contract are limited (art R1121-5 CSP)”

The Parisian team is ready for our ISO9001 certifi

Link in bio for an appointment with me 🙂

Me, this morning before leaving for our ISO9001 In